I just turned the big 5-0. Normally, I never even remember how old I am. Really, one year I told people I was 40 when actually I was only 39! aahhh! I jumped started myself into old age!! However, this year I knew how old I was going to be and for whatever reason, I didn't feel too happy about it. Obviously, it is better than the alternative of NOT turning 50!


I was pleasantly reminded (note the sarcasm in my voice)  upon receiving AARP memberships invites in the mail, life insurance warnings from State Farm, and my least favorite was a special cancer insurance info piece!!


Dave wanted to do something big for me, but we have just been too busy for me to want to add another thing to do. I settled for having a special family dinner with my kids. Sarah and Lauren would make the meal and I could just enjoy.


Dave said he still wanted to take me shopping Saturday afternoon before the kids came over. It then morphed into saying we need to leave early, because the girls wanted to come over and do something special in the house. I wasn't finished getting ready for the Easter Sunday meal, but I figured I still had plenty of time.


For those of you who know Dave, you will remember that he doesn't do the whole shopping thing very well or very often! We went to MacArthur Mall and I was like a kid in the candy store. I kept going from one store to the next until finally Dave announced that he didn't think he could go to another store and he would like to go home. This came as no surprise. I couldn't believe he had lasted as long as he had! Normally, he would go sit down and wait for me, but since it was my birthday, he was right there bringing me clothes, looking at shoes and discussing espresso makers!


We were almost home, when he pulled out of his pocked a jump drive that he had forgotten to give to Scott Flood (our church sound man.) I was told that we would go to the house to drop it off. I was to go to the door and Dave would stay in the car, because we were in a hurry to get home and he didn't want to stay and talk. I knocked on the door, and Amy greeted me.She put her arm around my waist to pull me inside. Really none of this was out of the ordinary, except when I stepped inside and there was a huge gathering and they yelled..... 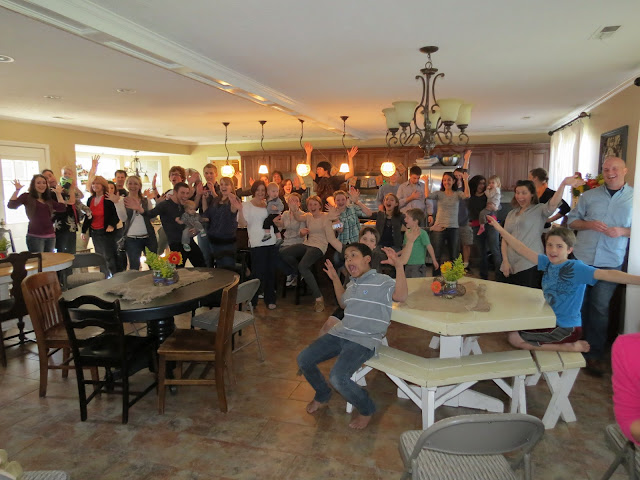 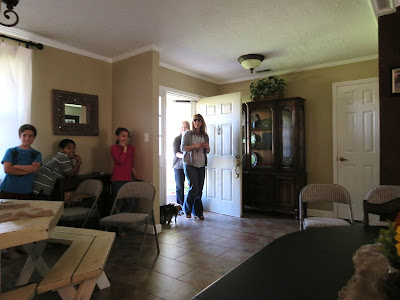 To say, "I was so surprised," is an understatement. You know how you can have so many thoughts flash through your mind in just a second? At first, I thought I had walked in on a party at the Flood's house, and everyone was being silly by saying surprise. I was just going to laugh it off. Wouldn't that be embarrassing if I carried on and then someone had to inform me that they were just kidding!!
But then I saw my son Luke. 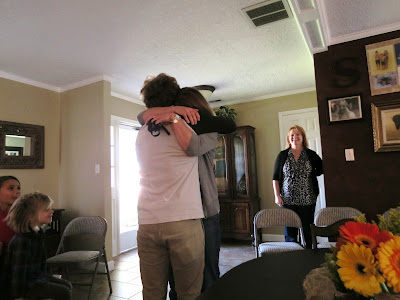 Luke had texted me on Friday and told me that he was unable to make it home, because he had so many projects due on Tuesday, and he would call me later on over the weekend. So when I saw Luke standing among the crowd, I knew it really was a surprise party for me! And of course I began crying! I was so startled though that my legs felt like jello and my heart was beating out of my chest! 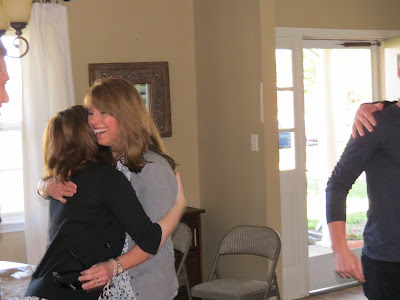 My daughters-in-law had worked so hard to give me a wonderful surprise! 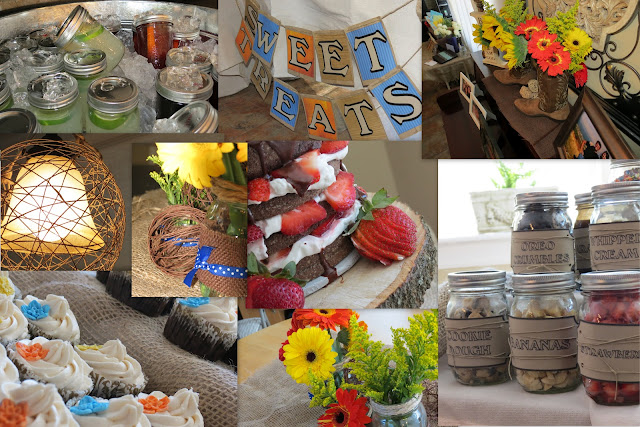 Everything was gluten free! 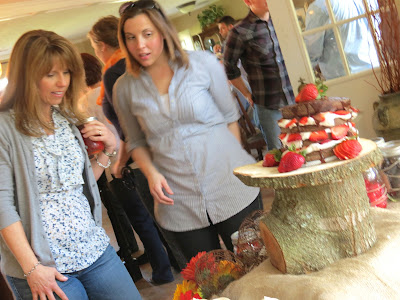 Lori P. made me a cake and Sarah made delicious cupcakes with coffee cream icing! 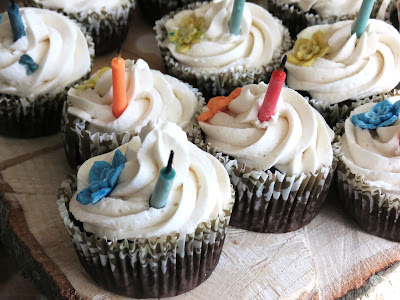 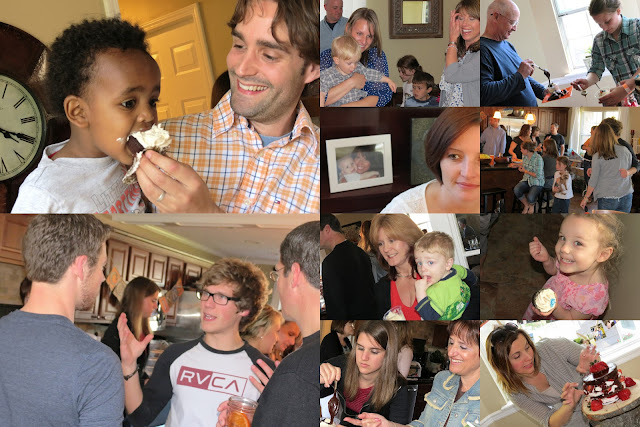 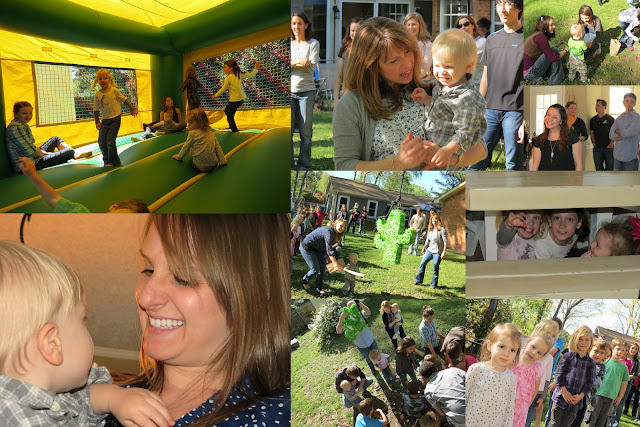 Thank you so much, Sarah and Lauren! The very best and dearest daughters! And thank you so much to all my friends who came to celebrate with me!!
It was a wonderful, thoughtful and very memorable birthday!