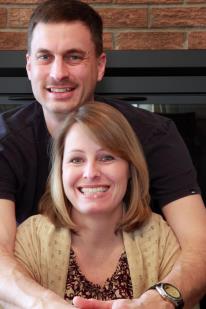 Gina Clay is one of the sweetest people I know. About a year ago, I inquired about the missing bits and pieces of her past, inorder to get to know her better.  She wrote it all down in a letter to me. It was so sweet, and it was very inspiring. Besides just wanting to hug her to pieces, I have wanted her to tell her story to our women's group at church, but she just wasn't ready.  This is what she said to me, "Some things are just so hard to talk about..." I, personally, think it makes it much harder standing in front of an audience. It is hard to get the words out without crying.

So today I have the priviledge of sharing with you Gina's story in her own words:

On March 4, 2011, I found out my father died. I learned of it in an e-mail, about a week after his death. I got the news in such an impersonal way because my father left when I was three years old. I don't even remember the day he left. My sister was seven and my mom was six months pregnant with my brother. My mom is from Australia. So she was left devastated, in America, with two young children and a baby on the way, with no family around to help. I only saw my father a couple times after that. He moved to Japan and I never saw him or heard from him again.

I have spent most of my life trying to convince myself that I was ok with it. As I got older, I just tried to think of him as a stranger... basically because he was a stranger to me. That helped me let go of the hurt of not being wanted by him.

I often wondered how I would feel if I got word that he had died. I could not have prepared myself for the emotional upheaval that e-mail would cause. As I read the words, I sat there shaking and sobbing for a father I barely knew. He's gone now and I will never know him. It hurts. But I know I have a Heavenly Father and He will never leave or forsake me. 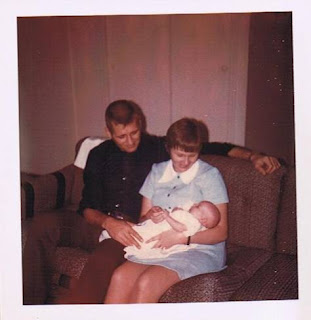 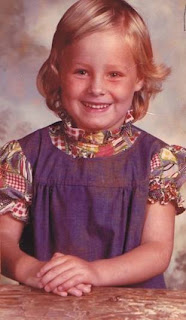 Here is my journey to my Abba, Father…

My mom married my step dad a few years after my father left and my youngest sister was born when I was ten. In my teen years, there were some very difficult things going on in my family and I was really longing for affection. I met Bill. His family had just gone through a very painful divorce. I think he and I were feeling alone in the world. We ended up clinging to each other and I got pregnant. Some suggested abortion, fearing that I would become a young destitute mother. But I just could not do it. And Bill did not want me to do it, either. So he sold his car and bought a ring. He asked me to marry him and of course I said yes. Bill joined the Navy and we planned to get married after he got back from boot camp. I was still in high school and an honors student but because of our circumstances, I decided to leave school and get my GED. So Bill returned from boot camp and we got married by a justice of the peace. I was 17 and Bill was 19. Shortly after that, Billy was born. Amanda was born 3½ years later. We loved each other. But the first few years of our marriage were not without some serious issues because we were so young and trying to figure out life on our own. 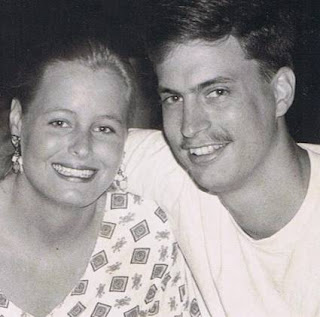 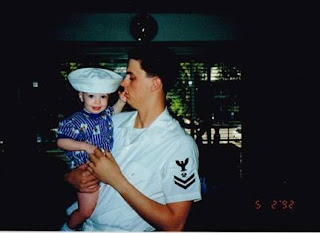 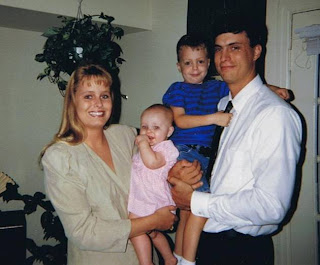 Six years later, everything changed! Bill got out of the Navy and we were living in Richmond, VA. He traveled a lot with his new job and on one particular night, I was at home and Bill was in a hotel room in North Carolina. Without knowing it, we both happened to tune in to a Billy Graham Crusade on TV. I had no idea who Billy Graham was. I had never even heard of him before that. But while we watched that night, in two different states, unaware that the other was watching, God began convicting both of us. When we talked on the phone the next day, and realized what had happened, we decided we needed to find a church. I don’t think we quite knew what was taking place at that time, but we know now. It was The Holy Spirit at work. My older sister, who had been living for the Lord for several years at that point, sent me a Bible in the mail. And that February of 1997, Bill and I surrendered our lives to the Lord! God saved us and changed us! He forgave all our sins! We were new people!

That was 16 years ago and we’ve never looked back. I can’t imagine the mess we would have made of our lives… our marriage… our family, if God had not saved us. What we would have ruined on our own, God made wonderful. I can not put into words my deep gratitude for the miracle God did in our life! A few years later, Bill went back into the Navy, which eventually brought us back to this area. We will celebrate our 22nd wedding anniversary in a few weeks and we’ve spent more than a decade of our sixteen years as Christians at Avalon Hills Bible Church in Virginia Beach. I thank the Lord continually for saving us and also for bringing us into this church family.