It has been ages since I have posted anything. I have an excuse, maybe not a very good one. It is just that when life gets hard, I get quiet. When life gets real hard, I get real quiet. In fact, I am forcing myself right now to write this post. I have to break the cycle somehow. I have a million ideas and thoughts swirling around in my brain, but for whatever reason I am paralyzed at putting them down in writing.

This isn't the first time I have had this happen. I have an embarrassing secret. At college I failed my English class, because I couldn't write a 15-20 page short story! I am horrified as I think of it.  I was getting straight A's in that class. I wish I would have turned in anything, at least, that way it would be a passing grade instead of an incomplete! I know there is nothing I can say for my defense. I was overwhelmed, and procrastinated and then it just paralyzed me. Anyway, I am telling you that, to explain my tendencies for writers block.

The church problems of the fall and Christmas of 2011, left me emotionally tired. But life happens and never slows down, so I pulled myself up by my boot straps and took joy in the tasks at hand. Truly though, I am one blessed woman. Although, sometimes I get weary, I truly am very grateful for my life. I was excited for what 2012 would bring. We were ready for a new beginning.

In April, 2012, I was given a surprise party for my 50th birthday.  I wrote about that here. I was also given a big surprise from Josh and Sarah for my birthday. They announced at the party that Sarah was pregnant again! 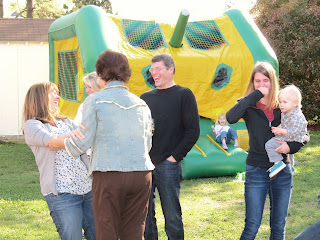 I had anticipated writing Part 2 and telling of my presents and the baby surprise, after they found out the sex of the baby. But instead, the news we received after the ultrasound was not good. Evie wouldn't be able to survive out side of the womb. I felt like I was kicked in the gut. I cried for a week without being able to control it. I wasn't just grieving for myself, but for my children and their pain. 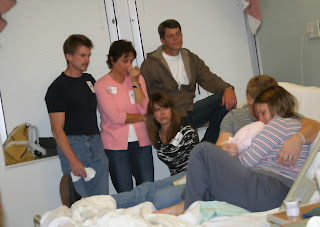 2012 turned out to be a long year. After Evie's birth, I just was exhausted and unable to write. I plan on changing this!


My word I picked for 2013 is Words,
both written and spoken.

I want to speak encouragement to those around me.
I find that I often forget that others can't read my mind.

This year I will not be paralyzed or silent. 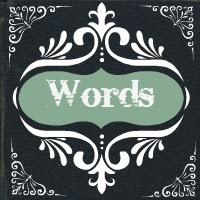